Meet the Management Team at Axelon Tania Obeid began her work in the consulting and staffing industry in 1991 overseeing the finance and accounting functions at Axelon Services (Algomod Technologies) and took over the daily operations of Axelon in 1997. In 2005, Tania became the majority shareholder of Axelon Services and officially took the reins as President.

Tania has met the challenge and responsibilities of being CEO and President, exhibiting the poise and the dedication that’s been the key to the growth and success of Axelon Services. She has propelled Axelon to be a preferred supplier to the largest organizations in banking, brokerage, telecommunications, and pharmaceuticals. Under her leadership, Axelon has been recognized as a most favored supplier for customer service, quality, rapid delivery and competitive pricing.

She is determined that Axelon remain on top and is proud of her accomplishments within the company. She has and will continue to break the glass ceiling and wants it to be known that Axelon Services Corporation is a woman owned company comprised of a diverse work force. Through her expertise and dedication, Tania continues to significantly grow Axelon Services to levels unseen before her tenure.

Tania holds a Masters Degree in Finance and a bachelor’s degree in business and management from the French University of St. Joseph in Beirut, Lebanon. Cynthia joined Axelon in 1999. Building her career from the ground up from a Recruiter to an Account Manager and later to Managing Director, Cynthia became Chief Operating Officer in 2014.
As COO, Cynthia is responsible for the entire P&L management of Axelon Services. She oversees business development and overall growth, strategic planning, operations, marketing and real estate expansion. She manages all teams within Axelon and is responsible for increasing profits while controlling spending. Cynthia continuously expands her team and encourages the professional growth of her staff.

As Managing Director, Cynthia was responsible for the management of nine VMS-based client accounts with Fortune 100 companies from various industries, including telecommunications, finance/banking, food and beverage, electronics, and health insurance. Throughout her career, Cynthia has focused on business development and has secured Axelon as a preferred supplier to some of the largest clients in the industry.

Cynthia has a BS degree in Psychology from the University of North Carolina. As managing director at Axelon Services Corporation, Justin B. McCloskey is responsible for a national staffing and consulting services practice. He joined Axelon in 1998 and has over 17 years of industry experience.

Mr. McCloskey’s practice consists of full life cycle business development, recruiting and account support. He is personally responsible for the establishment and maintenance of preferred supplier relationships with Fortune 500 companies in the technology, finance, utilities, consumer products, chemical and automotive industries. His practice provides a national staffing service for all industries specializing in vendor management systems. Having achieved at all levels of sales and recruitment, he is a valuable resource.

Mr. McCloskey is an honors graduate of Northeastern University located in Boston, Massachusetts where he received a bachelor of arts in history in 1997. Originally from Long Island, New York, Mr. McCloskey currently resides in Brooklyn Heights, New York with his family. He sits on the board of directors of a Brooklyn Heights Historic District Landmark building.

Jeff is responsible for business development and the management of VMS/MSP client accounts with Fortune 100 companies from various industries, including telecommunications, finance/banking, food and beverage, and manufacturing. He oversees the training of junior recruiters to ensure that the same level of quality recruiting is present for every job released by our clients. He is a JobDiva SME and has discussed Recruiting Management and Best Practices at several annual JobDiva conferences.

When he is not in the office, Jeff prides himself on living an active, healthy lifestyle. He is a member of the New York Road Runners as well as the Appalachian Mountain Club. Jeff competes in Endurance Races and is an avid foodie, following over 75 New York City food trucks. Ilya started as a Recruiter with Axelon in April 2007. By September 2008, he became a top-performing recruiter in the firm, as well as an Account Manager responsible for overseeing several Fortune 100 accounts. In April 2013, Ilya became a Recruiting Manager overseeing additional Fortune 100 accounts and a team of dedicated recruiters. He is responsible for overseeing relationships in the financial services, entertainment, and engineering industries. Axelon is currently the top-performing agency for some of these Fortune 100 firms thanks to the hard work and dedication of Ilya and his team.

He is an honors graduate of Pace University where he received a joint degree in history and political science. In his spare time Ilya enjoys traveling the world, coaching his youth basketball team, swimming, and spending quality time with family and friends.

Jen joined Axelon Services Corporation in 2011 as an IT Recruiter, advancing to Senior IT Recruiter the same year and to an Account Manager in 2013. She is currently responsible for the day-to-day management of national VMS/MSP based client accounts with Fortune 100 – 500 companies from various industries, including finance/banking, engineering, electronics, healthcare and aviation. Her team is composed of talented recruiters and on-boarding administrators responsible for providing consulting services for her clients’ professional, engineering, financial, administrative, call center and IT needs.

Jen is a graduate of Rutgers University – New Brunswick, where she double majored in Communications and Criminal Justice, earning a Bachelor’s Degree. She is a proud Scarlet Knight and you can find her at the Rutgers Stadium rooting for the Rutgers Scarlet Knights during football season. During her spare time, she enjoys traveling to new locations and spending quality time outdoors. Jen is a native New Yorker. 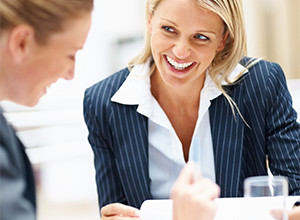 “I have been working for Axelon Services for almost 10 months and my experience so far has been good. My recruiter Joanne Cabaluna has been a great help placing me Read More

“I have been working for Axelon Services for almost 10 months and my experience so far has been good. My recruiter Joanne Cabaluna has been a great help placing me on assignments. I appreciate the fact that she also checks up on me throughout to see how things are going. Read More